I have wrestled with this question long and hard. I cannot answer “yes,” nor can I answer “no.” I have many friends, people I respect and trust, who believe it important to focus on the positives of the condition, but I have many other trusted individuals who are not so sure. Last year, I travelled to Boston to meet with Dr. Joseph Biederman, one of the world’s great experts on ADHD, to discuss the fact that his parents were both saved by Oskar Schindler, the great man whom I maintain certainly suffered from ADHD. Dr. Biederman, whom I greatly admire, bristled at my suggestion that any of Oskar’s heroic deeds related to his potentially having ADHD. The world-renowned doctor sees few, if any, positives in the condition. Likewise, my friend and author, Gina Pera, sees the focus on “gifts” with ADHD as doing potential damage, giving those suffering from the condition an unrealistically positive view that might prevent them from fully confronting, and working on, the deficits.

Having worked with ADHD young people for two decades, and dealing extensively with the condition in myself and my family, I certainly see where Dr. Biederman and Gina Pera are coming from. I deal with kids who struggle to turn in assignments, to properly plan for tests and papers, and to manage their impulsivity in classroom situations. I regularly meet with highly intelligent people with ADHD who underachieve, who fail to even come close to realizing their potential. When they make their way to me, I have to admit that the picture often appears bleak.

Yet, time and again, I have watched my brand of connection, fun, and awareness of the ADHD brain combine to transform lives. The transformation, though, is often less about complying with society’s expectations and structures, and more about finding their own path. I have worked with at least twenty young people who have gone on to start their own businesses. I have had the pleasure of working with at least a dozen twenty-somethings who gave up desk jobs because they discovered they do best when they are free to move, able to be on the go. I have seen several folks with dyslexia along with ADHD view school as a torturous experience, and then go on to provide society with great services. One of these is a fireman and paramedic, one a professional animator, and yet another has her own business designing jewelry which she sells at art fairs around the country. This latter individual told me, “I am always restless, and always feel a need to be on the go. I have found a way to make this work for me instead of against me.” She went on to say, “Some of us are just different, and some of us need a little injection of creativity to find a way to do life that works for us, instead of against us.”

These are all wonderful examples, but I have to be honest: not every person with ADHD is going to find “the perfect job.” Not every person with ADHD is a creative genius who will succeed at finding a successful niche business. In fact, most people with ADHD will probably have to settle for jobs they are not suited for, work environments they do not enjoy, and will find it necessary to settle for whatever job they can get to pay the bills. Struggling with boredom, and finding repetition and routine almost hateful, many of these folks will also find romantic relationships quite challenging. Whether a person with ADHD has a creative genius inside, or is simply an average person with average skills, that person needs support, and treatment. If that person wants to succeed in career, relationships, and in life, he or she will need to understand the differences in the brain that come with ADHD. He or she will need to find a commitment to personal growth, because when you have ADHD, you will have to work on yourself. The pleasures and treasures of life do not come easily to those with this condition.

However, I still see some positives, and I have a book coming out, September 21, on this subject about a man I believe had ADHD and saved lives. Schindler’s Gift: How One Man Harnessed ADHD to Change the World holds that Oskar Schindler had ADHD, a fact that explains his successes and failures. He was spontaneous, and his fun and joyful nature drew others to him. Oskar was a risk-taker who raced cars and motorcycles, but was willing to put his own life in peril to save others. He was plagued by boredom and restlessness his whole life, but when he had a steady stream of support, purpose in his life, and intensity, he performed deeds that will echo down through the ages.

So, is ADHD a Gift? Well, Oskar Schindler’s Life shows that ADHD people usually fail, or at least underachieve, when they do not have support, treatment, and a sense of purpose in their lives. You’re not going to consistently see the gifts unless you deal with the deficits. Having ADHD means you have challenges and obstacles to success. But I have seen over and over again that when those barriers are confronted and worked with—through treatment, self-awareness and support—some magical things often result.

In my next guest post, I will tell some amazing details about the life of a man, Oskar Schindler, whom I firmly believe had ADHD. He will show you the power of harnessing ADHD for purposeful engagement with the world. Here is a link to what some of the world’s experts are saying about me and my upcoming book. Click here to read what some of the world’s experts in ADHD are saying about my upcoming book.

Kevin Roberts , fluent in six languages, is an internationally-known expert on screen addiction, ADHD, and success in school. He was recently featured on ABC’s 20/20 and the BBC’s FiveLive program. Roberts is also the author of Cyber Junkie: Escape the Gaming and Internet Trap, Movers, Dreamers, and Risk-Takers: Unlocking the Power of ADHD , and Get Off That Game Now! 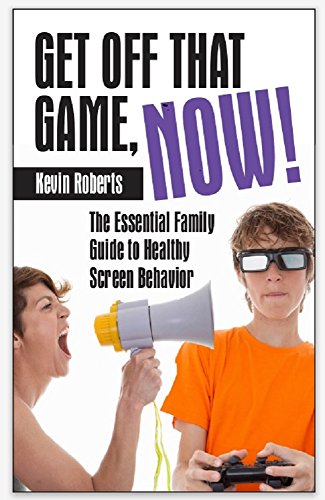